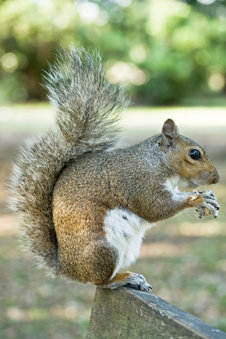 Do Squirrels Forget Where They Put Their Nuts

Autumn it’s just a time for squirrels to bury a whole ton of nuts.

You can see them all over, burying nuts into the ground and patting the earth down with their little paws. Is their feat just a frantic frenzy to survive the harsh realities of winter? Or does this stashing away have some kind of logistical merit for their future?

Surprisingly, the most curious animal on earth (human beings) have researched this issue thoroughly.

It used to be thought that squirrels just absent-mindedly buried nuts in the hopes of sniffing some out in the future — whether they were the ones they buried or not.

Squirrels have been criticized for hiding nuts in various places for future use and then forgetting the places. Well, squirrels do not bother with minor details like that, Research conducted at Princeton University’s biology department at the tail end of the 20th century sought to dispel this mischaracterization of squirrel behavior — and discovered that squirrels are far from squirrelly-brained about food. Indeed, they’re masterminds of planning for the future. Their experiment, which involved eight grey squirrels, each given 10 hazelnuts, they observed that squirrels are not as forgetful as people have traditionally thought.

The squirrels were each released alone in an outdoor area and allowed to bury their hazelnuts. The researchers recorded the hiding places each squirrel chose. Then, after two, four and even 12 days, the squirrels returned to the area. Even though the hazelnuts of each respective squirrel were buried close to each other, the squirrels “retrieved significantly more nuts from their own sites than from sites used by other squirrels.” Having a sharp nose, of course, helped the squirrels root out the exact location of their respective nuts.

It’s a lot of work for such a small creature and surely they forget their nuts occasionally (and we can see the results when trees spring up from where they’ve forgotten their stash). But that they remember so many is a feat indeed. “Grey squirrels are active all winter,” the study says, “and during this period they spend much time on the ground, apparently searching for caches and occasionally digging up and reburying a nut or acorn.”

The squirrels in the study, though, were observed to need self-imposed rewards for all their toil: They dug up and reburied several nuts — but not until they had first munched on a bunch of them.