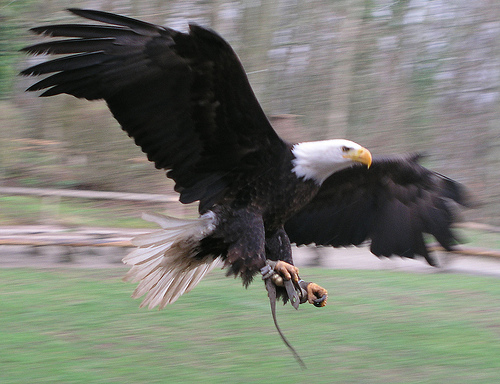 Over the millions of years this Earth has been in existence most species have learned to better adapt to their environments. It’s amazing to see how some animals have taken elements in their surroundings and used them as tools to make surviving easier. When it comes to birds, many migrate as the weather changers. This gives them greater accessibility to food and ideal habitat for nesting.
Chilly BirdsBut what about the birds that stay around all year long? There are a few birds you may be familiar with that do not migrate. They are often better known as resident birds.
North & South
It’s important to understand that nearly every species of bird migrates to some extent. Some birds will only travel to warmer climes when it gets too cold. Others only migrate a few hundred miles.
Many birds that are considered resident birds in the continental U.S. are considered migratory species throughout Canada and Alaska. Likewise some year-round residents of Florida, Texas and other southern locales are considered migratory birds elsewhere.
So with that in mind, consider the “resident bird” concept one that needs to relate to a very specific region.
Pigeons & Doves
Doves, for example, are resident birds. They feed on seeds, fruits, and insects and build flimsy nests in shrubbery, trees or on ledges.
Most of us are familiar with the dove’s most prolific family member, the rock pigeon, another resident bird.
If you have ever been to New York City you’re well aware that pigeons do not leave during the winter. This partly because of their willingness to eat human food — either via handouts or out-and-out theft. Just remember that if you feed pigeons — or any bird — you should feed them bird food, not human food.

Finches
Nearly all finches are native to the Northern Hemisphere, and many of them have an all-year range that includes some of the most extreme northern latitudes.
Pine Grosbeaks, for example, reside in Alaska and most of Canada year round. American Goldfinches migrate a bit, but generally they reside in the continental U.S. all year long. The House Finch, which originally had a range West of the Rockies, now has a year-round, non-migratory range on both coasts.
“Black birds”
Crows, ravens and blackbirds often don’t migrate. During the winter, these birds often change their diet to whatever is available — often corn, grain and seeds. Highly intelligent, these species also have been known to use tools to help them survive. Redwing Blackbirds have been spotted using twigs to clear snow from their home and their food source.
Their intellegence also keeps them from getting bored during a dreary winter.
Canada Goose
The Canada Goose is both a migratory and resident bird. The creation of man-made water ways, which often don’t freeze has helped. Humans offering them food on a regular basis has helped these geese feel comfortable living year round in one area. Unlike the previously mentioned feathered friends, some people are not as happy about these geese making permanent residence in their neighborhoods. Goose droppings and confrontational behavior make them less than appealling.
Other birds
Many other birds are considered resident birds, but, as we mentioned before, it all depends on your region. Some of those are:
Various birds of prey
Various nuthatches
Various sparrows
Various woodpeckers, including the Red-Headed Woodpecker
Blue Jays
Black-Capped Chickadees
Eastern Bluebirds
Northern Cardinals
Behavior Changes
In recent years, the Cornell Lab of Ornithology has been tracking changes in migration behavior in many species. It seems that more and more, some bird species are migrating shorter distances or not opting to migrate at all. Whether this is the result of climate change or increased winter food supplies provide by bird-lovers is unclear.
Surviving the winter
Birds employ various nesting techniques to stay warmer through the winter months. Aside from natural materials, they will use fabric or cotton pieces to create bedding. Many will also find roosts facing the southwest, which allows them to be heated by the sun just before the temperatures plunge overnight.
Others will molt just before the seasons change. Their new “winter” feathers is often warmer than their summer coat.
Some birds will even change their diets from season to season. Blackbirds, as mentioned above, eat insects during the spring and summer, but switch to seeds and grain during the winter.
Of course, many birds will fly south in the winter for better survival rates, but for those who don’t it’s important to help them out. To welcome these resident birds, regularly offer them food, water, and shelter, especially during the coldest months of the year.